Considered as one of the important Indian cities, Hisar is administered well by local administration in coordination with state government. Situated at a distance of mere 164 km from the Indian national capital Delhi, Hisar was founded by the erstwhile Muslim ruler Firozshah Tughlaq in 1354. Modern Hisar remains one of the most industrially developed regions in the state of Haryana. The establishment of Agriculture University in this region post-independence brought ample growth in the area. Both industrial and agricultural developments have brought this area into national limelight. The economic development of this city can be best analyzed through fast industrial development. The city has welcomed several entrepreneurs to use best resources which paved the way for fast industrialization of this region. Being headquarters of Hisar district this city houses many government and private sector offices as a power center. 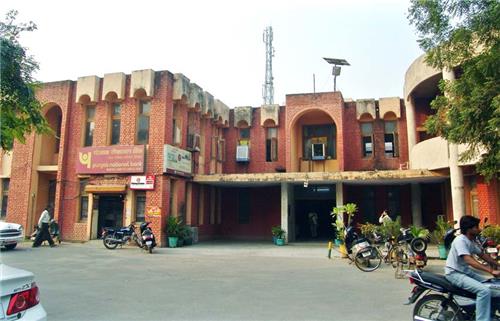 The city of Hisar has its autonomous body to manage it under the administration of Municipal Corporation Hisar. It plays important role in city’s administration. The corporation is led by the Mayor of the city assisted by Municipal Commissioner and team of elected members. HMC takes steps for development initiatives as well as involvement to solve various types of grievances to ascertain that the inhabitants and visitors are provided best of comforts in the city.

Being headquarters of Hisar district, the city of Hisar is administrated by the District Collector or District Magistrate who leads the team of officers in the capacity as head of the District Administration. He/She plays pivotal role in managing the affairs of the city and entire district. He/She keeps vigil on every single aspect related to administration from safety & security, monitoring to law & order control with assistance from the police team led by the Superintendent of Police (SP). As a District Collector he monitors the growth of the region and ensures implementation of government policies. Also resolve the grievances as well as ensuring that all projects are implemented for constant growth of the region.

Haryana police department keeps control over the law and order of Hisar. Police department plays crucial role to keep law and order of the city of Hisar besides fulfilling its major responsibility to keep an eye on all parts of the district from urban to rural areas with active coordination with the officers and staffs located across various police stations.Superintendent of Police heads District Police and play important role to punish the criminals and keep control over the crime rate in the region.

Headed by the District & Sessions Judge, judiciary in Hisar uphold the law of the land. It not only takes civil cases but also criminal cases involving gruesome crimes. Cases related to family disputes to cheating, stealing all are heard along-with cases of various other categories on local level. The Judiciary Department of Hisar has its Sub Division at Hansi as well. The Judiciary of Hisar includes District and Sessions Judge, District Judge Court, Family Court and Fast Track Court amongst others to ascertain that cases can be tackled on time.


Member of Parliament (MP) in Hisar


Member of Legislative Assembly in Hisar