Hisar counts amongst fast developing cities of Haryana. This city famed for its planed localities is also administrative headquarters of the Hisar district. Located merely 164 km from New Delhi it acts as counter-magnet city for National Capital Region. In fact this city is already emerging as an alternative growth center nearby Delhi hence remains a popular destination for the visitors to explore it. Present day Hisar has been denoted with India's largest galvanized iron manufacturing city in recent past. It is also referred as“the City of Steel” due to presence of big steel industry units in the region. 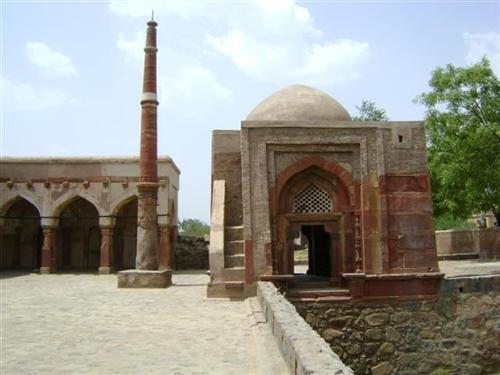 There is evidences of human settlement in and around Hisar. The region saw different phases of India history. Evidences of Pre-Harappan periods have came into light suggesting presence of human settlement. It also saw the rule of Mauryan rulers and that of Chauhan Kings of Delhi. This area remained under the rule of many erstwhile rulers including the most powerful ones Tughlaq Dynasty and Mughal Dynasties during 14th and 16th centuries. The area came under the British rule during 19th century. It was unified to Punjab state after India’s independence but once Punjab was further divided in the year 1966 the city of Hisar became integral part of newly created Haryana state.

Geography and Climate of Hisar

Present day Hisar city remains popular urban conglomeration in northern India. Geographically this city coordinates at 29.09°North and 75.43°East and is located at an average elevation of 215 above the mean sea level. Hisar is part of Ghaggar-Yamuna plain or the alluvial region. Region’s southern and western parts have gradually transited to desert. Once upon a time famous Ghaggar and Drishadvati rivers flowed through the area that now houses the modern city of Hisar. Inhabitants commonly witness the occurrence of sand dunes in city’s western fringes. Kankar and Saltpetre minerals are abundantly found around this city. Bounded by the thrusts this city lies on the Delhi-Lahore Ridge.

With continental climatic condition, Hisar observes hotter summertime while its winters remain relatively cool. The region therefore witnesses unique climatic characteristics of dryness, temperature extremes and rainfall is scanty. Summertime maximum day temperature averages between 40 to 46 Degree Celsius while wintertime temperature ranges between 1.5-degree to 4 Degree Celsius but average temperature in winters goes at 4°C. Average maximum and minimum annually varies from 31.5 to 16.2 °C, respectively with relative humidity varying from 5 to 100 percent annually. Due to the location annual rainfall in this area averages to approximately 450mm that occurs from July to August months. 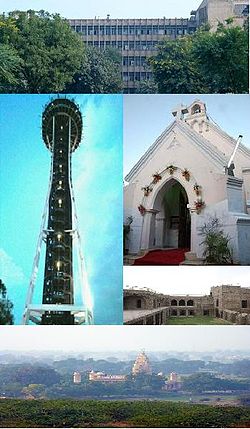 Hisar is a modern city enriched with its golden past, preserved to the best extent possible. Many signs of Pre-Harappan settlements are still seen in the Rakhigarhi region of Hisar. Visitors can explore the site that covers 2180 hectares and that makes largest Harappan site in the country with its identity of 2nd biggest overall after Mohenjodaro site. The Archaeological Survey of India (ASI) maintains ts sites. The places of interest and historic value are therefore Agroha that served as capital of king Agrasena in ancient period besides Mauryan period Buddhist and Jain temples being excavated in the recent past.

Located inside Hisar city premises, the historic Firoz Shah Palace Complex is worth visiting in the region. Firuz Shah Tughlaq had built it in the year 1354 when he originally planned the city as walled settlement having fort with four prominent gates that were named Delhi Gate, Mori Gate, Nagauri Gate and Talaqi Gate surrounding the city. Notable attraction inside the palace premises is its famous mosque named “Lat ki Masjid” named after the Lat sandstone pillars of 20 feet height used for this purpose. The palace complex also houses several underground apartments including a Diwan-e-Aam worth visiting. Standing on a massive rectangular platform, Gujri Mahal is worth visiting nearby palace complex that had been built by Gujri, the wife of Firoz Shah in 1356. Other famous locations to explore during Hisar tour are as follows:-


Besides historic monuments and religious places, Hisar houses several parks and recreation places that seek the attention of its visitors. Krantiman Park; Madhuban Park; Mahabir Stadium; Town Park and O.P. Jindal Knowledge Centre are prominent locations to explore. The Deer Park at the city’s outskirts is famous for housing rare species of endangered animals that include the animals like Blackbuck, Chital, Sambar and Nilgai amongst others. An artificial lake in this city under the administration of Blue Bird Lake and Tourist Resort complex is an important project monitored by the Haryana Tourism in Hisar city.

Economy and Industrialization in Hisar

Hisar has already developed into one of the fast developed agriculturally rich areas in Haryana. It is also denoted with “Cotton Belt of Haryana” due to cotton production besides ample production of coarse grains in this area. Presence of large steel industry in Hisar denotes it with special identity of "the City of Steel." It owes largest galvanized iron manufacturing unit that propels its economy.Several government run and privately owned industrial units have brought a boom in the industry sector of this region. Textile industries especially spinning mills have contributed a lot in region’s economic progress. Beside it is famous for having largest automobile repair and spare parts market in Asia. Agro based business units and availabilities of large number of livestock farms in Hisar has contributed in its growth prospective. This city is home to many successful business tycoons of the country who have proved their mettle worldwide. 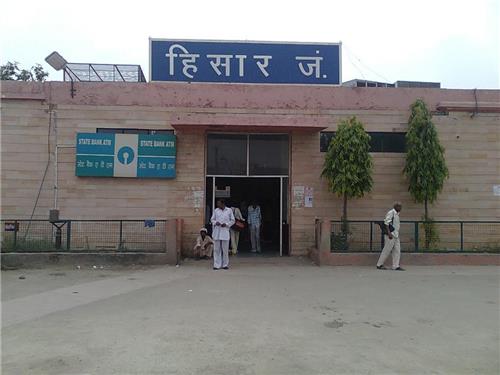 Railway Station in Hisar
Road Connectivity: As city of Hisar lies on the National Highway 10 and National Highway 65 it remains best connected through roads to other parts of the country. Road connectivity through NH-10 links it with Delhi, Rohtak and Sirsa while NH-65 links this area with Ambala, Pali, Kaithal and Jodhpur et al cities. State and interstate buses operate on these roads including other roads and sub-roads operated through Hisar, Hansi, Barwala, Uklana and Adampur bus stands.

Rail Transport: Falling under the Bikaner Division of North Western Railway Zone, Hisar Railway Junction is an important railway station in the region. This railway station operates with its four broad gauge railway lines to link this area with other parts of the country by railways.

Air Travel: Hisar has its own airport namely Hisar Airport located on the city outskirts. Presently it operates with domestic services operation. The airport has 4,000 foot runway.

Often considered countering national capital Delhi as an alternate city developing faster, Hisar is worth exploring place for the shoppers. The city has many modern state of the art retail shopping malls and markets. They deal into various items of irresistible choices. The Metropolis Mall is one of the hottest family destinations to shop, dine and involve in entertainment activities in the Hisar city. Other prominent places to explore in Hisar for shopping are Suncity Mall at Delhi Road area; Ganesh Market at NH-10 area; Urban Estate; Gini & Jony; PLA Market and PLA Shopping Complex to name a few.

Hisar has rich culture and religious diversity where all popular Indian festivals are celebrated. It witnesses ample fun and frolic during the celebration of famous festivals like Diwali, Dussehra, Ram Navami, Janamashtami, Shivratri, Gugga Navami, Holi, Basant Panchami, Teej, Makar Sankranti and Eid et al. Annual Agroha Maha Kumbh on the occasion of Sharad Purnima attracts lot of devotees from across Haryanan and India. Gugga Pir and Sheela Mata are some of the locally famous deities worshipped here.Baisakhi festival is worth noting in Hisar and most of Haryana state. 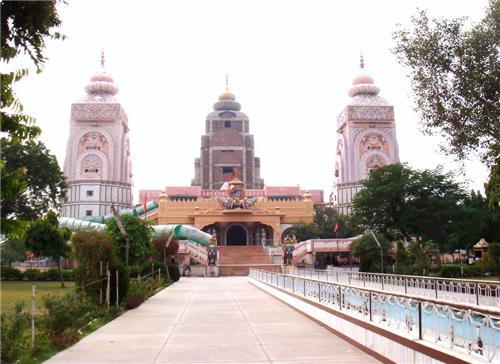 Hisar at a glance